23 year old jazz saxophonist Reuben Legge, is one of the people locked to a bulldozer. “Whitehaven is brutally destroying a forest which has supported life on this planet for thousands of years, and unless we act together all our natural places will be lost” he says.

On Friday the Environmental Defenders Office, on behalf of their client South East Forest Rescue (SEFR), wrote to Whitehaven Coal and the Department of Planning, calling for an immediate investigation of the alleged non-compliance and stricter measures to prevent Whitehaven coal ignoring the rules.

Whitehaven were found to be clearing both Thursday and Friday. Both days had temperatures well above 35C, and it is alleged that clearing seems to have occurred at times when temperatures exceeded that limit.

“The 35 degree C limit was set because when it is too hot the animals hide in their hollows to conserve energy. Clearing during this heat results in higher mortality” said local ecologist Phil Spark, Front Line Action on Coal spokesperson.

“We are calling for Whitehaven to disclose their on-site readings, and for independent monitoring of when clearing can occur. There is zero faith in Whitehaven being able to self regulate” said Mr. Spark

Mark Selmes, a 56 year old librarian and wildlife carer, is sitting atop a coal train. “I am standing up for the wildlife” he says. “I’m saying enough is enough. The Leard State Forest is home to many threatened species, and it is a high conservation value forest. The coal on these trains comes from destroying crucial habitat. The animals can’t just pack up their bags and go somewhere else. Soon there will be nowhere else.” 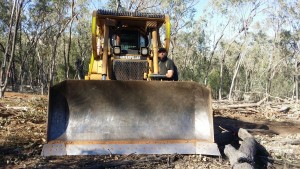 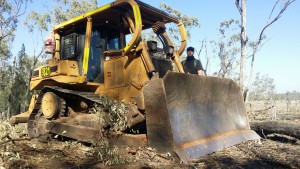 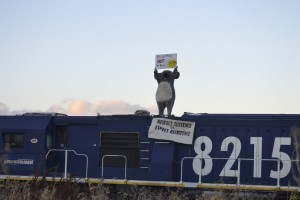 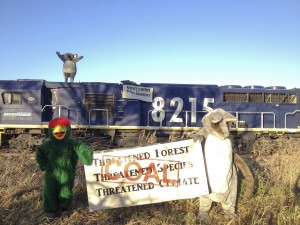 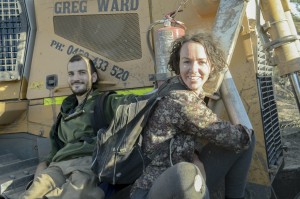 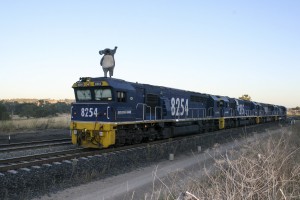 One man has been arrested, and three more continue to stop work in the Whitehaven Coal Maules Creek Mine site today. These peaceful actions aimed to draw attention to the clearing of the critically endangered Leard State Forest on Gomeroi/Gamilaraay Country, following allegations that Whitehaven have illegally breached their Biodiversity Management Plan (BMP).

Mark Selmes, 56, a librarian and wildlife carer, was arrested after stopping a coal train for five hours near Willow Tree. This action stopped the rail freight of coal from all mines north of Willow Tree, including those located in the Leard State Forest. He was removed by Police Rescue and taken to Muswellbrook Police Station.

Reuben Legge, 23, Kelly Purnell, 26, and Adam Rayner, 33, all remain locked onto bulldozers within the Maules Creek Mine site, preventing forest clearing. At the time of writing, they have been locked on for over five hours.

Adam Rayner, 33, Paramedic, has been locked to a bulldozer for over five hours.

“People, land and culture should be valued as having more worth than short term profits from obsolescent energy sources” he says.

Kelly Purnell, 26, Support Worker, is another person stopping clearing in the mine site today. She says, “I stand in solidarity with Gomeroi/Gamilaraay people, and all people affected by colonialism and environmental destruction. This affects us all.” 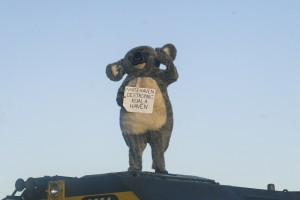 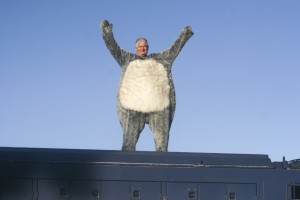 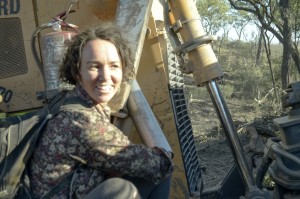 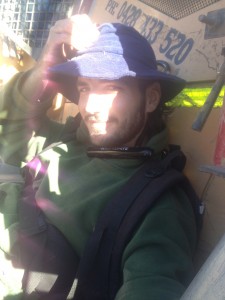