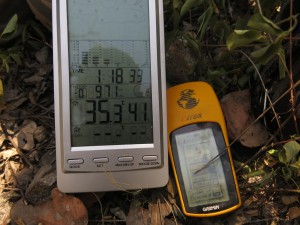 The time signature shows 10.54am and the temperature over 35C later in the day temperatures were at 38C 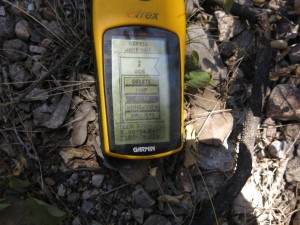 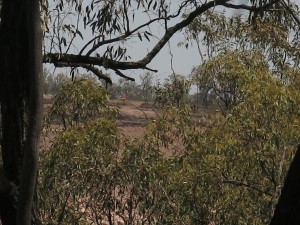 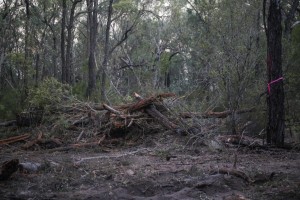 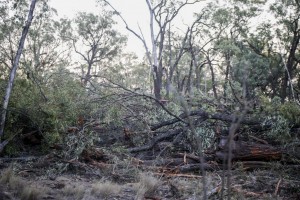 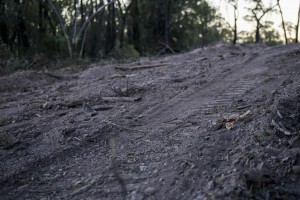 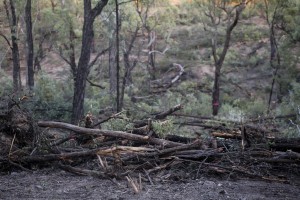 MAULES CREEK, 26 Feb 2016 It has been alleged today that Whitehaven coal are likely to have cleared illegally this week during the expansion of the Maules Creek mine.

Today the Environmental Defenders Office, on behalf of their client South East Forest Rescue (SEFR), has written to Whitehaven Coal and the Department of Planning, calling for an immediate investigation of the alleged non-compliance and stricter measures to prevent Whitehaven coal ignoring the rules.

Whitehaven were found to be clearing yesterday, as well as today. Both days had temperatures well above 35C, and it is alleged that clearing seems to have occurred at times when temperatures exceeded that limit.

MAULES CREEK, 26 Feb 2016: Whitehaven have been caught out illegally clearing the Leard State Forest to expand their controversial Maules Creek coal mine. According to their Biodiversity Management Plan (BMP) they are not allowed to clear if temperatures exceed 35 degrees C. Today we have evidence that Whitehaven have been clearing when temperatures have exceeded these conditions. It proves that they should not be allowed to be self-regulated according to their own weather station on site.

“The 35 degree C limit was set because when it is too hot the animals hide in their hollows to conserve energy. Clearing during this heat results in higher mortality as the animals are less able to flee and find cool refuge when their homes are destroyed,.” said Phil Spark local ecologist, Leard Forest Alliance spokesperson

“We are calling for independent monitoring of when clearing can occur. There is zero faith in Whitehaven being able to self regulate, and today’s findings are an example of Whitehaven’s disregard of regulations and their anxiousness to cut corners in a crashing coal market” said Mr. Spark

“There needs to be certainty in whether or not Whitehaven are complying to their BMP, we demand that there is an independent monitoring process, and that Whitehaven disclose their onsite readings.” said Mr. Spark

The Leard Forest contains the critically endangered ecological community of Box Gum Woodland of which there is only 0.1% left. The forest is known to provide habitat for over 30 threatened species including the Yellow bellied sheath tail bat, Turquoise parrot, and Square tailed kite.