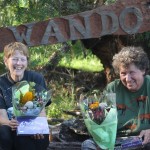 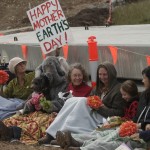 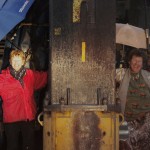 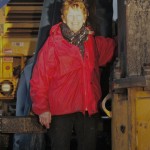 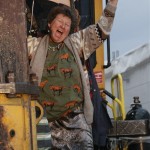 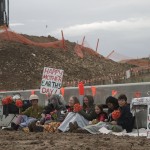 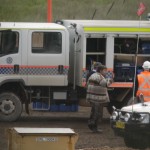 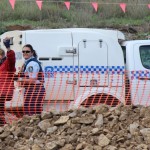 Two mothers have chained themselves to construction equipment at the site of Whitehaven Coal’s controversial Maules Creek mine site in the Leard State Forest halting work on the new rail line.

Felicity Crombach, 69, and Annette Schneider, 53, both mothers of two, have taken action on Mothers’ Day highlighting their concerns for the future of their children’s generation. The action comes the day after protesters shut down Newcastle coal trains for two hours. 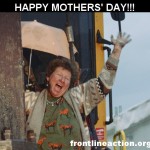 Farmer Annette Schneider said, “My children have just started their adult lives and they should have a chance to determine their own lives, free from the effects of catastrophic climate change.”

Maules Creek mine investors and key players have recently been implicated in the ICAC investigation and the subsequent corruption scandal sweeping NSW politics.

“There is so much corruption and I believe that mining companies run the government. They have professional lobbyists that pay to get into the ear of politicians. What option do we have? Everyday people can’t afford to pay for this privilege. It needs to stop,” Felicity Crombach, retired clerical officer, said.

The Leard Forest Alliance have called for the mine construction to be halted until a judicial inquiry has been conducted clearing any doubts about corruption in the approval process.

“Nathan Tinkler – a failed businessman and former key investor in the Maules Creek project – is facing allegations of making illegal donations to NSW politicians, while aggressively lobbying for the approval of the Maules Creek mine. This is just the latest in what has been a scandal-plagued project for Whitehaven, and we need to clear the air about what has really happened before this mine can continue in good faith.”

Update 9:15 am: Police rescue have arrived on the scene.

Update 11:30am: Our lock on mothers, Annette and Felicity, have been cut off and arrested.

Update 3:00pm: Our two mothers are back in camp after being processed at Narrabri Police station and fined with tresspass related charges. Of course, we spoiled them rotten with flowers and chocolate on their return, like every mother should be today.