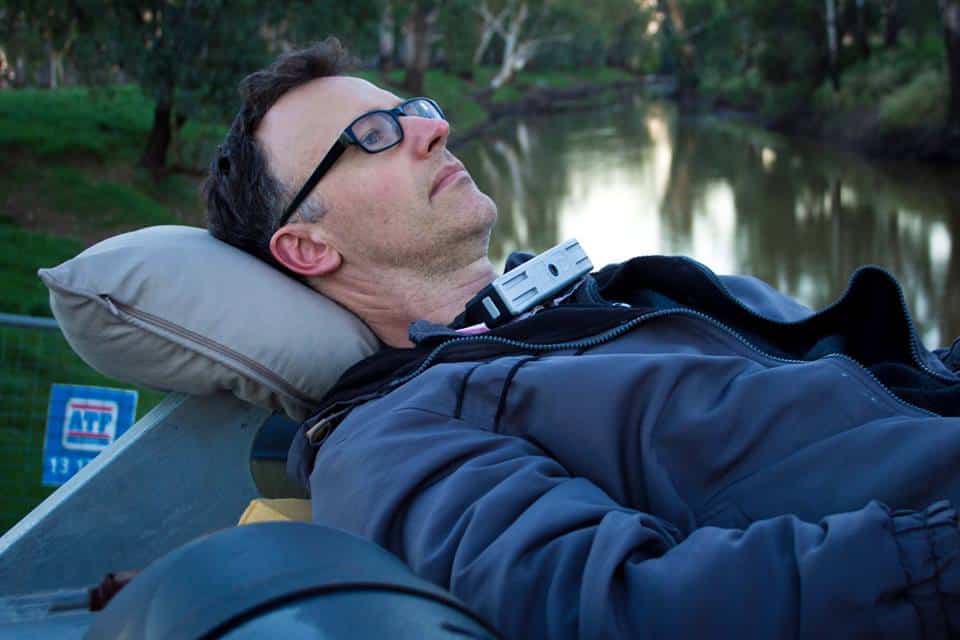 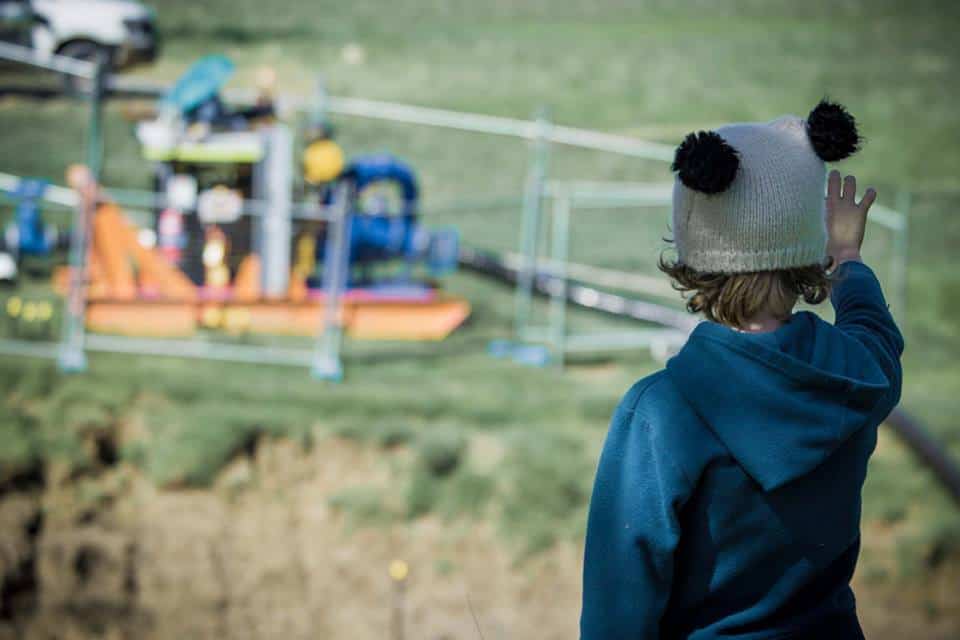 A group of protesters have blocked access to a water pump today in the latest of the unfolding protests at the site of Whitehaven coal’s controversial Maules Creek Mine.

At the centre of the event is 41 year old father, Ken Aberdeen, who has locked on to the pump which draws water directly from the Namoi river. The protesters aimed to highlight the “extraordinary amount of water” that will be used in the construction and operation of the proposed coal mine.

“The Namoi river has been temporarily drained in order to facilitate construction, but if Whitehaven’s unsustainable practices continue, the damage to the river could be irreparable,” commented Liam Ellis, spokesperson for the Leard Forest Alliance.

“The local farming community will be devastated by the mine’s use of water and dropping of the water table, as well as the toxic blast fumes and coal dust. Once this damage is done, and the water is gone, it will be too late to repair that harm, so the time to fight for them is now. It is time for the corruption of the fossil fuel industry to end, and for communities and the environment to take front seat,” said Mr. Aberdeen

“Today’s action highlights the diverse range of people brought together by their concerns over the destruction necessary to build this open-cut coal mine. We are laypeople and academics, young people and parents, and we will not stand by while the water upon which we depend is monopolised and consumed for the sake of the fossil fuel industry’s short-term profits. Our future, long-term employment, natural ecosystems and the farmland of the Liverpool plains are just too important. We will continue to put our bodies on the line until this project is stopped,” added Mr. Ellis.

STATEMENT FROM KEN ABERDEEN ON WHY HE’S TAKING ACTION:

Today I’m taking a stand for the Leard State Forest, because it can’t stand up for itself. The Leard Forest is the last one tenth of a percent of the previously huge, but now critically endangered, white box forest ecosystem. The 30 plus endangered species that live here can’t just up and live in the surrounding cotton fields – they need this forest. The offset system that was used to justify cutting down over one half of the forest is corrupt at best – even if those offsets were comparable ecosystems, you would still be destroying that much endangered habitat – of course, it is now clear that those offsets are of very different ecosystems, and we can see the extent of Whitehaven’s greed.

The local farming community will be devastated by the mine’s use of water and dropping the water table, as well as the toxic blast fumes and coal dust. Once this system is destroyed, and the water is gone, it will be too late to get them back, so the time for fighting for them is now. It is time for the corruption of the fossil fuel industry to end, and for communities and the environment to take front seat.

It is time for our government to stop the ridiculous subsidies to mining companies with their fabricated myths of jobs and the economy, and direct these toward developing renewables.

UPDATE, 1:40PM: Police rescue are on the scene.

UPDATE, 7PM: Ken was removed from his lock on earlier in the afternoon by police, and has now been released from Narrabri police station, and reunited with his 8 year old son, Tas.

PHOTOS: You can download high resolution photos from here.