57-year old Susie Russell has become the latest protestor to risk arrest at the ongoing blockade to protect Leard State Forest from being cleared for Whitehaven’s Maules Creek coal mine, near Boggabri.

Susie is currently locked-on in the path of machinery preparing to cut down an old River Red Gum tree on the banks of the Namoi River, to make way for a road and rail link for the proposed mine.

Police have arrived on the scene.

Update: After several hours Susie was removed. And so was the tree. With emergency services still on site and blockaders looking on, the great big old River Red Gum was bulldozed. In its place, the coal mining companies seek to build a railway to carry coal out of Leard State Forest, to the Port of Newcastle, for export overseas. 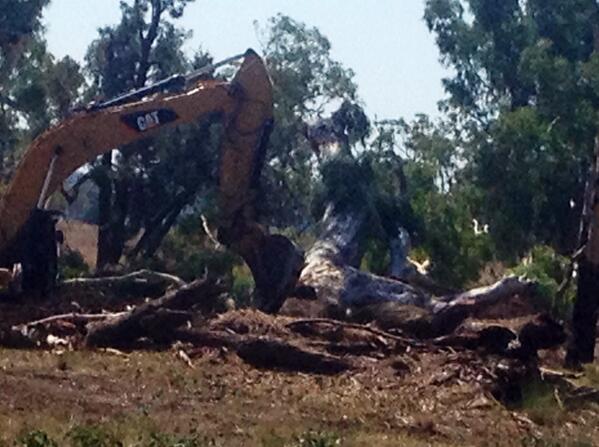