Maules Creek Mine – SHUT DOWN for over 2 hours 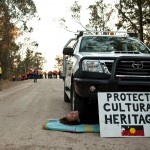 Tarrawonga Mine – SHUT DOWN for over 6 hours 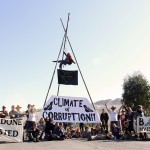 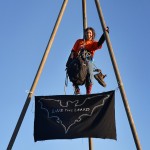 Rocglen Mine – SHUT DOWN for over 6 hours 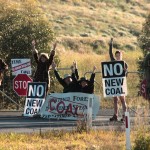 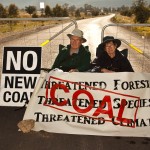 Gunnedah Coal Handling and Processing Plant – SHUT DOWN for 9 hours 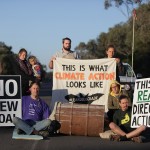 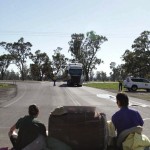 Newcastle – the world’s largest coal port – SHUT DOWN for an 1.5 hours 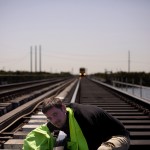 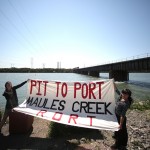 Werris Creek mine – SHUT DOWN for over 9 hours 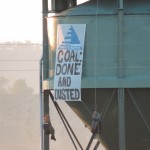 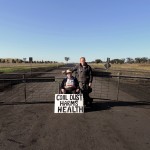 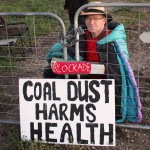 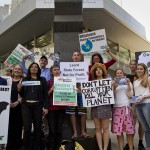 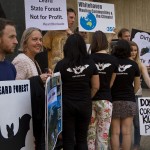 In one of Australia’s largest and most ambitious protests against export coal, over 150 people have come out in force today across six locations to protest Whitehaven Coal’s new Maules Creek coal mine. They are calling on the NSW government to put an immediate stop to work at the mine and audit the approval process that allowed this controversial project to proceed.

Spokesperson for the Leard Forest Alliance, Helen War, said, “There are too many question marks plaguing this development. Dubious federal approvals, corrupt political dealings and blatantly bodged offsets make the Maules Creek project the most spectacular failure of democratic process.”

Every open cut mine owned by Whitehaven Coal in the Gunnedah Basin has been shut down by protesters. Whitehaven’s Coal Handling plant has also been shut down. Sites include:

Ms War added, “We need real action on climate change. This is what direct action looks like.”