We support the actions of the 66 people who were arrested blockading the world’s largest coal port in Newcastle. 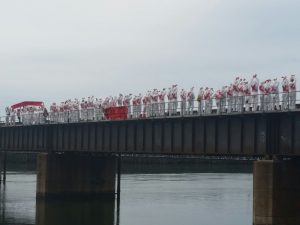 On May 8th, around 2000 people took part in a peaceful blockade that shut down the Newcastle coal port for the entire day. Of those people, 66 are now facing court. The actions were supported and led by front line communities, indigenous peoples and pacific islanders from across Australia and the Pacific. It is people from these communities who are facing the immediate impacts of climate change and coal mining on a daily basis.

Coal costs local communities in every step of the process, from mining, to transport, and burning. We know that if we want to limit the worst effects of climate change we need to stop new projects and transition rapidly away from coal and other fossil fuels to cleaner renewable energy. 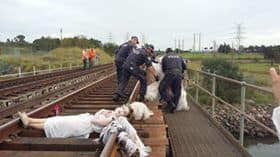 66 people of all different ages and backgrounds, from all over Australia, now face charges and significant fines for their actions. At the same time, the government gives the coal industry large subsidies to pollute and endanger lives.

Against this backdrop, the NSW government is bringing in anti-protest laws to increase fines and make it harder for people to challenge unjust laws that protect a dying industry that threatens our future. When injustice becomes law, disobedience becomes duty.