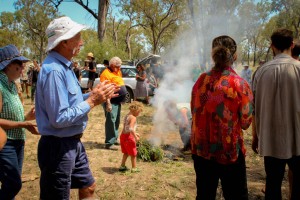 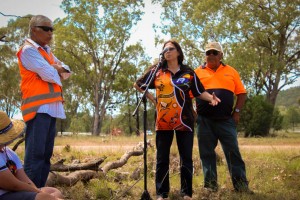 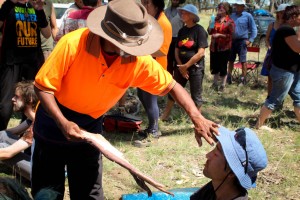 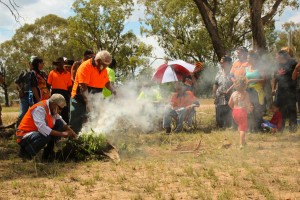 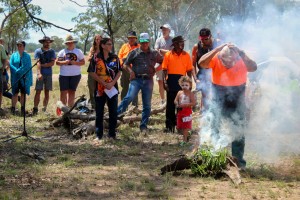 This morning, Whitehaven delivered a fresh round of agony, as Gomeroi Traditional Custodians were again denied access to sacred sites within the mine site. Instead Elders conducted ceremony out the front of the gates. Over 100 supporters joined in ceremony and bared witness to the Gomeroi struggle.

There are many sacred sites including burial grounds in Leard State Forest, within the boundaries of both Idemitsu’s Boggabri coal, and Whitehaven’s Maules Creek mine leases.

“Last week, after a long and stressful struggle with Whitehaven Coal, the Gomeroi were finally able to exercise their constitutional right to conduct sacred ceremony- but it is downright shameful that it took so much struggle to get to this point.”  said Leard Forest Alliance spokesperson Meret MacDonald

“The Leard Forest Alliance honours our treaty with Gomeroi and deeply value our relationship with elders and community. We stand by our commitment that there will be no actions at the locations where ceremony is being conducted.”