On June 12, Shirtcliff plead guilty on 146 charges, including carrying out professional engineering services while not legitimately registered as an engineer. As a fraud Shirtcliff worked on projects for major engineering firms Woley Parsons and Sedgman.
Since March 2011, Sedgman Ltd has held the $18m contract for the design and production of the Coal Handling and Processing Plant (CHPP) for Whitehaven Coal’s Maules Creek mine. The Maules Creek CHPP is in the process of being constructed on site. Work on the CHPP must stop for investigations into its safety.

Leard Forest Alliance Spokesperson Meret MacDonald; “Lives depend on getting this engineering right. Whilst Whitehaven has been happy to cut corners in this project, surely they are not prepared to put lives at risk. There must be a stop work order placed on this project”

“Every step of the Maules Creek Project approval process has come under question. As shown in the the Senate Inquiry into Offsets, Whitehaven has a history doing a dodgy job. Shirtcliff’s connection to this project is yet another case of Whitehaven not being up to scratch.”

“This is what happens when coal companies are run by ex politicians rather than professionals who know how to safely operate a mine in a highly sensitive area.”

“In light of the ongoing scandal at every step of the Maules Creek approval the Leard Forest Alliance is calling on an audit of the approval process. In the wake of ICAC, more Australians should be calling for a Royal Commision into the corrupt influence of coal on Australian politics.” said Ms MacDonald

Attached are photos of Whitehaven’s Sedgman Coal Handling and Processing Plant (CHPP), yet to be constructed, and Idemitsu’s Boggabri Coal’s CHPP under construction on site. The convicted Shirtcliff worked on coal projects within Maules Creek and Boggabri, and was employed by Sedgman.
Boggabri Coal has a history of dangerous operational health and safety practices with a worker dying earlier this year.
There must be an immediate stop work on all projects that Shirtcliff may have been involved in, while their safety is reassessed.
Photographer: Chelsea Miller 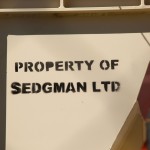 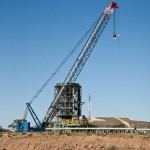 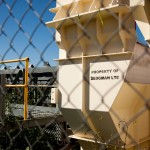