Rallies around the country question ministers on unlawful winter clearing 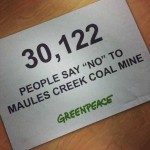 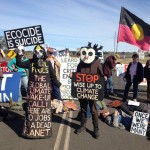 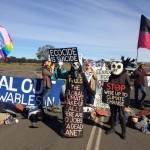 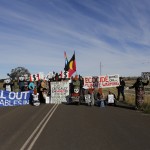 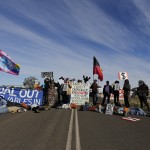 Today’s rally in Sydney yielded the results of a petition: 30,122 people say NO to Whitehaven’s Maules Creek coal mine.

Members of the Leard Blockade today united with concerned citizens in Sydney to rally against continued clearing of the Leard State Forest to make way for the controversial new coal project.

Hundreds of Sydney-siders gathered outside the offices of Planning Minister Pru Goward and Environment Minister Rob Stokes to call on them to halt the clearing, whilst activists blockaded Whitehaven Coal’s Narrabri mine. Protestors are outraged that Whitehaven Coal have been granted permission to bulldoze forest during winter months, while many native endangered species are in a kind of hibernation.

Whitehaven were recently granted an extension on their Regional Biodiversity Strategy for the Leard State Forest, only weeks after making crucial changes to their Biodiversity Management Plan. Both sides of politics have expressed concern about the project, with Labor and the Greens calling for a halt to the forest clearing activity during winter months. Just this morning, the Leard Forest Alliance revealed explosive allegations that the changes made to this Management Plan may have been unlawful, with a letter being sent to the ministers from the Maules Creek Community Council.

Leard Forest Alliance Spokesperson, Helen War said, “This circus has got to stop. Whitehaven have continually proven their inability to do their homework and yet they continue to slaughter animals asleep in their homes. It’s time the government stepped up, halted the clearing and held Whitehaven to account for their incompetence.”

“This peaceful, community led campaign will not be deterred by the unethical behaviour of coal corporations. We will fight inch by inch for the Leard, and today’s show of country and city unity only strengthens our resolve to continue this fight. Ministers Pru Goward and Rob Stokes have the power to stop this”