From Pit to the Pacific: Climate Action Now 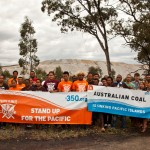 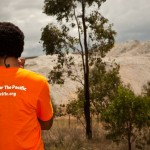 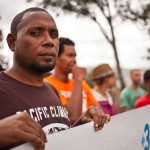 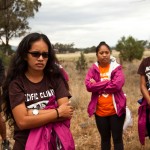 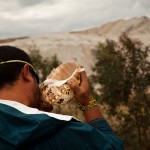 On Monday 13th October, 30 Pacific Climate Warriors from 12 different nations will make the trek to Leard State Forest to stop climate change where it starts. The Warriors will join the campaign to stop the construction of Whitehaven Coal’s Maules Creek Coal Mine and the ongoing operation and expansion of Idemitsu’s Boggabri Coal.

Whitehaven Coal’s Maules Creek Project and Idemitsu’s Boggabri Coal have been clearing the Leard State Forest for massive open cut coal mines. The Pacific Warriors will join community members, supported by the Leard Forest Alliance, including 350.org and Front Line Action on Coal, who have been campaigning against the operation of these mines for over two years. They will stand up to the fossil fuel industry at its source, fighting for the protection of their land, oceans, culture and way of life.

“We have to find ways to keep coal and gas in the ground. People all around the world are recognising this and taking action to challenge the power of the fossil fuel industry. For us Pacific Islanders, there is nothing more urgent or necessary.” said Mikaele Maiava, climate warrior from the Tokelau.

Combined the Whitehaven and Idemitsu projects plan to extract over 22 million tonnes of coal, creating a greenhouse gas impact greater than that of 165 individual nations. Those emissions will lead to sea level rises, and more intense storms and floods, which are already hurting Pacific communities.

“Whilst Tony Abbott comes under international critique over his ‘suicide strategy’ to back the coal industry and bail on the UN climate summit, we are seeing the real leaders, real warriors, stepping up to protect our future.” said Leard Forest Alliance media spokesperson Murray Drechsler.

“The impacts will be felt the world over, not only in the Pacific nations that are literally sinking as the oceans rise, but here in northwest NSW as a changing climate exacerbates the extremes of drought and flood.” said Mr Drechsler

“Climate Change is the defining challenge of our century, and here in Maules Creek a flashpoint for a global movement for safe climate, we are seeing genuine actions, alliances, and solutions being peacefully fought for.”

Photos available on the day Twitter updates @FLACCoal and #LeardBlockade

High Res Pictures available throughout the day from: https://www.mediafire.com/folder/x431lrl1w6pod//Warriors