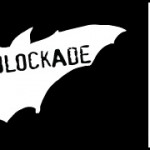 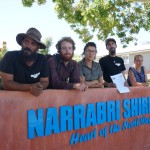 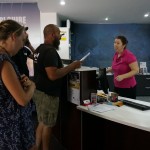 An open letter in response to Narrabri Shire Council’s decision to threaten legal action if the Leard Blockade camp does not move by 6 February 2015.

It has been just over a year since we were moved on from the Leard State Forest after 560 days and found a new home at Cliff Wallace’s Wando. This happened when NSW Police and NSW Forestry teamed up and decided to stoop to using fire safety as a political tool. With the benefit of hindsight, we are thankful that we were forced to move, since history shows that the result was a bigger, stronger and more diverse movement – with doctors, priests, lawyers, grandparents and many others coming from across Australia to show their solidarity for Maules Creek locals. Now you – their council –  are moving us – from freehold lands that are rightfully Gomeroi and Cliff Wallace’s – and once again, Front Line Action on Coal will again become bigger and stronger.

It is no shock that council have set this deadline just a week before Whitehaven and Idemitsu begin ten weeks of destroying the Leard State Forest – a site of high Aboriginal and cultural heritage significance and also a critically endangered state forest with tier one biodiversity. Council claim we have not put in appropriate paperwork – yet Whitehaven and Idemitsu have still not yet filed their Regional Biodiversity Management Plan – now over one year late. Where is their eviction notice?

The deadline also comes at a time when our host Cliff Wallace faces personal health issues – known to the council – and we consider this to be a weak and callous action against one of its own constituents.

We want you to understand that Front Line Action on Coal is a movement, which is bigger than any one camp, and so council’s actions are not only inappropriate, but futile. The wider community’s need for farmland, uncontaminated underground water, clean air and social and environmental justice will not disappear simply because council have attempted to disperse a single camp at Wando. It is not possible to destroy a movement which unites traditional custodians, farmers, environmentalists, and citizens from all over the country (and from overseas) through targeting a physical space. The tactics which you would use to destroy a forest won’t work here.

For Whitehaven Coal, which has so far been incapable of turning a profit, the forest is a physical barrier between them and a coal seam, to be removed by engineers, explosives and bulldozers. On the one hand, it’s a shame that council have arrived at the same view. But on the other, the complicity of council in this destruction reminds us who serves whose interests, and by stepping in and moving on this camp, you are selling our message better than we could.

When we surveyed ordinary Narrabrians about whether they believe that council would be influenced by Whitehaven’s $800,000 per year Voluntary Planning Agreement when making decisions- 75% of respondents said yes – with even 50% of those who supported the mine still responding that council would not make unbiased decisions. Is this short term cash injection blinding you to the long term negative economic costs and social impacts of coal outlined at a recent information evening in Maules Creek organised by the local community?

We will continue to invite anyone who is not happy with the bully-boy tactics of coal junkies and the corrupting influence of coal on all three levels of Government to become a part of the growing movement, Front Line Action on Coal.

We acknowledge and thank those councillors who have supported the campaign. We also give massive thanks to Cliff Wallace and the local community for their ongoing support.

The campaign against coal mining in the Leard is far from over. See you at Bat Attack. 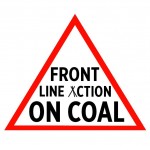