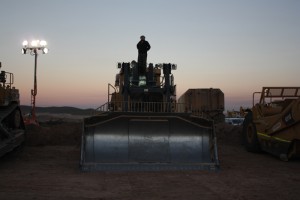 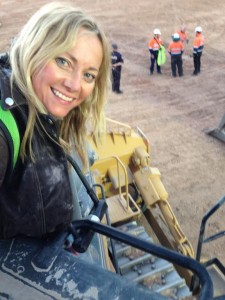 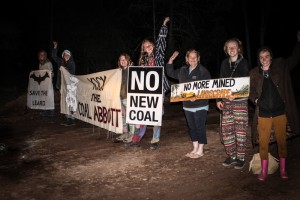 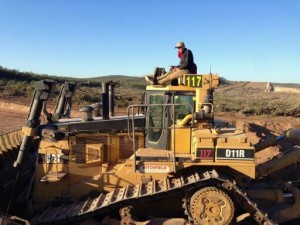 A group of over twenty people have stormed the Maules Creek Mine site today, halting clearing of the Leard State Forest. While a group has gathered at the entrance of the mine, a number of people have locked themselves to machines; stopping work on the controversial Whitehaven owned project.

For over two and a half years, there has been sustained resistance to the project from local farmers, environmentalists and traditional owners. In July 2013 the Northern Inland Council for the Environment (NICE) filed a legal challenge in the federal court to appeal the approval of the mine. Since then, there have been numerous groups around Australia opposing the project, including Gomeroi Traditional Custodians fighting in the courts for protection of sacred sites that are now being desecrated.

“The blind persistence of government support for coal mining has forced people to take matters into their own hands, with more than 4000 people coming to Maules Creek to take direct action and over 350 arrests. This campaign has now grown into a movement that has a life of it’s own” said Letitia Kemistee, one of the people locked to a bulldozer.

With the state election less than a month away, this protest demonstrates the demand for climate change to be a priority. Despite global trends towards sustainable alternative energy, NSW Premier Mike Baird and opposition leader Luke Foley have both committed to more coal projects; not only the controversial Maules Creek mine but also the Shenhua mine at Breeza and the BHP project at Caroona.

Leard Forest Alliance spokesperson Ros Druce said “the candidates in the upcoming state election need to put coal and climate change on the political agenda, or risk finding themselves forever recorded in the history books as short-sighted mercenaries who put the short term profits of mining ahead of the future of the planet.”