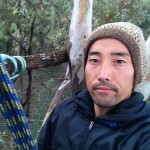 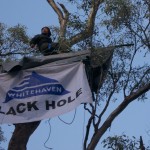 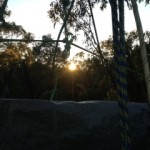 Protest against winter forest clearing at Whitehaven Coal’s Maules Creek mine shows no sign of slowing as once again a protester takes to the trees. A 36yo man has occupied an area of the forest by suspending himself from a tree to prevent clearing in the Leard State Forest, the habitat of many species who go into a winter dormancy.

Sakyo Noda, a Japanese rope access technician, has visited the forest many times before and expressed concern about the destruction, “The Leard State Forest winter clearing is an outrage. Japanese companies have a stake in Whitehaven’s Maules Creek project, and I feel that it is my responsibility to help the locals here, and take action to save the Leard.”

Japanese corporations, J Power and Itochu, are joint owners of the Maules Creek mine, holding 10% and 15% stakes. Neighbouring mine operator, Japanese based Idemitsu, this week admitted to sending spies into the protest camp.

On Wednesday, NSW Environment Minister Rob Stokes said his department doesn’t have the power to impose conditions on Whitehaven Coal’s logging plans in the Leard, laying the responsibility at the feet of Planning Minister, Pru Goward.

“Minister Goward is MIA on the Leard. It is time for this government to stop passing the buck and for someone to finally stand up and take responsibility.” Leard Forest Alliance Spokesperson Helen War said.

“While the minister sits fiddling the trees are falling. Goward must halt this slaughter now”

The Leard State Forest is the largest remaining remnant of bushland left on the Liverpool Plains comprising habitat for vulnerable and threatened species including koalas, Corben’s long-eared bat and the turquoise parrot.