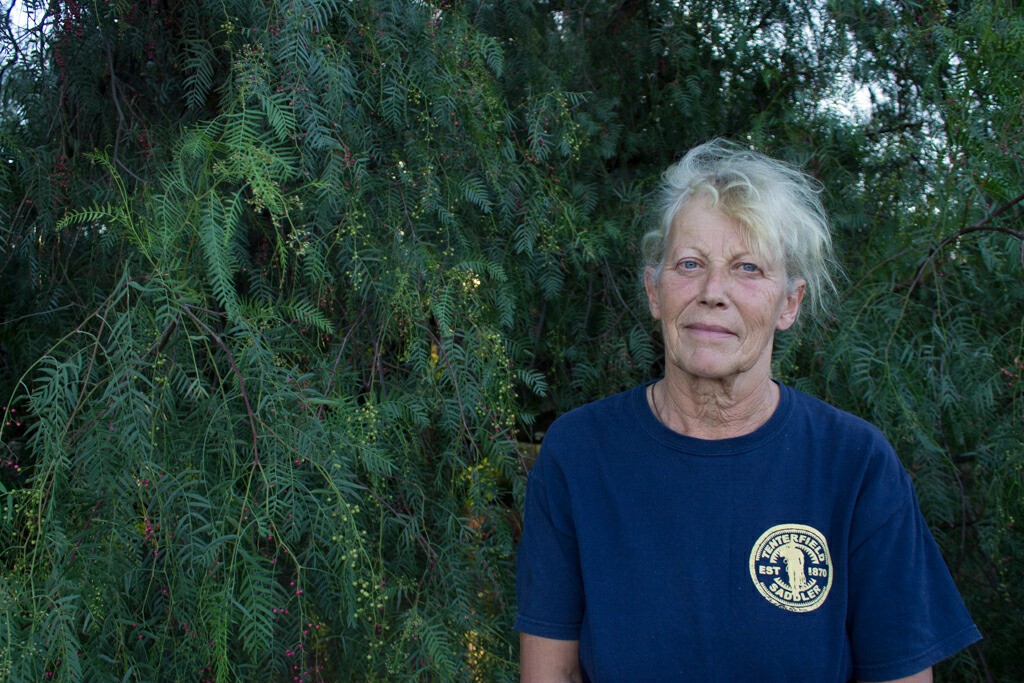 As Whitehaven Coal’s clearing for the controversial Maules Creek coal mine enters its third week, it has been disrupted yet again; Maules Creek community worker and horse trainer Ann-Marie Rasmussen becoming the latest person to suspend herself from a tree in the Leard State Forest.

Ms. Rasmussen is one of a number of local property owners who have been consistently against the Maules Creek mine. She said “the government knows the risks that mining poses for our water, air and ecosystems, and they create laws protecting the right of the mines to do so. Yet the law of this land states that any man or woman who dares to defend their land is labelled a criminal.”

In the last two and a half years, over 350 people have been arrested disrupting the construction of the Maules Creek mine.  Leard Forest Alliance spokesperson Andy Paine explains; “These people have broken the law knowing the consequences they would face, for no personal gain other than environmental protection. Yet at the same time, the ICAC inquiry has uncovered mountains of corruption within the government and mining industry that has led to very few prosecutions.”

Whitehaven have broken laws as well, but have paid fines and carried on business as usual. From the very beginning the Maules Creek mine has created controversy, beginning with Whitehaven’s predecessors Aston Coal failing to declare their political donations. Aston paid $20,000 in fines but the mine approval went ahead unquestioned.

Whitehaven’s other mine in the same region as Maules Creek, the Tarrawonga mine, has broken environmental regulations several times and got away with paying miniscule fines. In 2012, Tarrawonga polluted local waterways but paid just a $6000 fine, while last year the same mine exceeded its coal limit by 136,000 tonnes and was fined a paltry $15,000 – one-thousandth of the amount they earned from the excess coal.

Ms. Rasmussen said that this illustrates the hypocrisy of the law when it comes to mining. “Mines have been known to break the law frequently. This does not bother them as the fines that are imposed are small compared to what they gain by breaking the law. If a landholder should do the same they gain nothing, while the fines they get can be crippling.”