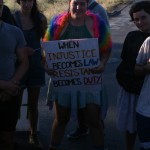 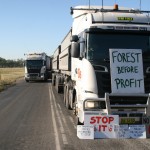 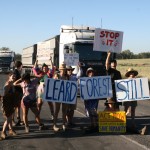 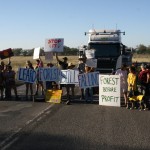 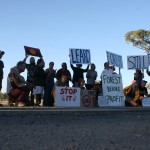 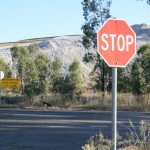 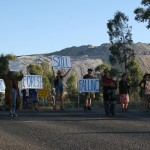 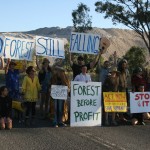 “We have fought them in the courts, we have tried the political system, and despite the false and misleading offsets process, the allegations of corruption and the use of illegal spies to infiltrate the community, these companies continue to operate outside the law with government backing.” said Ros Druce, Front Line Action on Coal spokesperson and Maules Creek local.

Idemitsu has been fined two years running for failing to comply with its approval conditions. Last year the miner was fined for clearing land outside of the disturbance limits. Whitehaven were fined just two months ago for illegal clearing, and are currently under investigation by the EPA for noise pollution breaches.

“Coal is over. We see China and the US putting a halt to the industry and the recent Paris Climate agreement signaling that the age of fossil fuels is coming to end. Why then does the Australian government continue like nothing has changed?”

“The local workers in the mines deserve a certain future for their families and the uncertainty about the future of coal does not provide that. Only continued sustainable agriculture and renewable energy projects, like the Moree Solar Farm, can provide the long term economic prosperity that this area deserves.” Ms Druce continued.

The protest group, Front Line Action on Coal, have called for rolling protests to continue against Idemitsu and Whitehaven Coal whom both have approval to clear forest until the end of March.