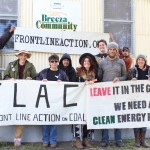 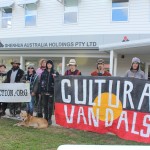 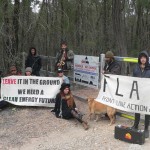 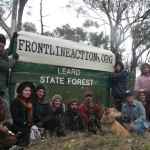 BREEZA, NSW: The third anniversary of the Leard Blockade marks a turning point in the campaign as the protest group vow to put Shenhua’s controversial Watermark mine firmly in their sites.

As news that Adani’s Carmichael coal mine in Queensland lost federal approval after a successful court challenge by Mackay Conservation Group, calls have renewed for a review of the federal approval of Shenhua’s controversial Watermark coal mine.

The group who spearheaded the longest running blockade of a coal mine in Australian history attracted thousands of people from around the globe to the small rural community of Maules Creek. The Leard Blockade camp saw scores of arrests including locals, doctors, priests and ex Wallabies captain, David Pocock.

Phil Evans, Front Line Action on Coal spokesperson said, “Back in February we vowed that never again would we allow coal companies to undermine community rights to water, land and culture. And now, like we did to Whitehaven, we are issuing a warning to Shenhua, that thousands will be back again to take up this new fight and continue our push for a just transition to a renewable energy future.”

Shenhua’s Watermark coal project is twice the size of the Maules Creek project taking in an area 1½ times larger than the Sydney CBD. Over 296 koalas will be unsafely relocated and 55 sacred Gomeroi sites lie within the project boundary.

“We supported the Gomeroi in the fight against Whitehaven, and we will support them again in this new fight against Shenhua. Coal is not good for humanity, and this is clearly on show with Shenhua’s blatant disregard for Gomeroi culture, productive farmland and important habitat,” Evans continued.

Evans stated that united, city, country and traditional owners will never be defeated. “We have offered on the ground support to all stakeholders affected.”