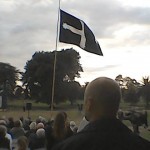 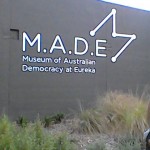 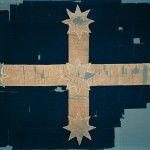 Today, Wednesday December 3, marks the 160th anniversary of Eureka Stockade, the birthplace of Australian democracy. The diggers of Ballarat, stood together in one of the largest acts of civil disobedience in Australian history. They stood together under the southern cross and pledged an oath,

“We swear by the Southern Cross to stand truly by each other and fight to defend our rights and liberties.”

Today, we must once more take this stand, truly by each other and those who have gone before us as the non-transparent extractive industries, minerals councils and corrupt governments – local, state and federal, do their best to divide and therefore conquer us and our land.

Standing by your mates and your neighbours is the Australian thing to do. United, we must stand! If we are divided we will be incapable of fighting this tyranny. Just recently, a group of our neighbours from the Pacific Islands came to our shores calling for help from their neighbours – and Australians answered that call to rise up and support their Pacific island mates. The Pacific Climate Warriors blockade and subsequent actions showed the spirit of the Eureka stockade is alive and well in Australia – and is a democratic, inclusive and empowering force that is re-awakening in Australia and joining force with similar traditions across the region. We’re all in this together fighting for land, water and our future while suffering under a corrupt and unjust government ruled by overseas mining companies.

Peter Lalor made a stand as a leader of the outlaws. At first a warrant was put out for his arrest on charges of sedition, others in the movement were tried on charges of treason. Peter Lalor lost an arm in battle. Through his stand, he went on to lead a 30 year political career, birthing Australian Democracy and becoming Speaker of the House.

We must all stand together, we are all in this together, fighting for land, water and our collective future as a democratic, inclusive and progressive Australia.

Farmers, Original people of Australia, greenies, religious groups, business people in the first time in Australian history are standing together in solidarity against a common enemy. To not stand by your mates in trouble or need is a very un-Australian thing to do. We will not be divided and we will not be conquered.

We are the protectors of country, water and future, we must and will do the same.

When the government does not care about the opinion of the people, we must give them something other than our opinion – and all we have left is civil disobedience.

“When freedom is outlawed, only outlaws are free”. Tim Robbins, Still Life with a Woodpecker
“If a law is unjust, a man is not only right to disobey it, he is obligated to do so.” Thomas Jefferson
“We have not inherited this earth from our ancestors, we have borrowed it from our children and it is the children of tomorrow that we stand for and fight today” Proverb

Stand and Protect,
Love and Respect

**Muzz is down in Ballarat for the anniversary.