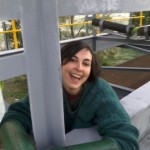 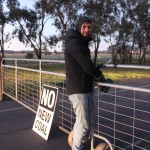 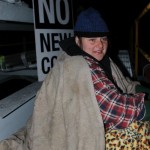 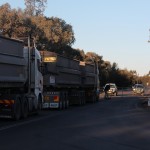 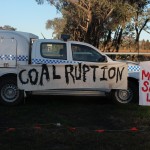 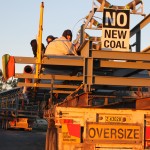 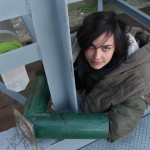 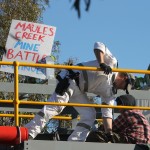 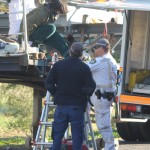 In a third day of community resistance, protester concerned with the coal mining in the Leard State Forest in the state’s north-west have taken action to block access to mining infrastructure.

Two protester, Scarlett Squire, 21, and Beth Gibson, 22 have chained themselves to equipment on trucks loaded with building materials intended for Idemitsu’s Boggabri mine expansion, with another protester, Ashay Kaden, 20, locking himself onto the gate of Whitehaven Coal’s Gunnedah Coal Handling and Processing Plant.

“From a young age the environment has been very important in my life. Now more than ever it seems people like me are having to take these kind of actions to prevent unsustainable development in the fossil fuel industry.” said international sustainability student Ashay Karden.

Protesters have also raised the issue of community impacts, citing concerns over the cost of living, effects on farmlands and health impacts.

Leard Forest Alliance spokesperson, Phil Evans, said “This area has for so long been a farming district. When the Maules Creek mine goes ahead, the water table will drop several metres, with no water, you can’t farm. Are farmers supposed to hang up their Akubra and put on a hard hat just to keep food on the table?”

“We are calling on the Baird government to take a long hard look at this scandal plagued project, and the approval process that allowed it to go ahead. We need a Royal Commission to examine the planning approvals so that we never see a farce like this again.” Mr Evans added.

Whitehaven Coal recently announced that they would be ramping up their operations with the employment of 450 staff.

UPDATE 8:30am: Police Rescue have removed the gate with Ashay still attached and dragged it off to the side of the road. Beth and Scarlett are still attached to the trucks bound for Boggabri.

UPSATE 8:45am: Police Rescue have just arrived to the site where Beth and Scarlett are locked on to the trucks.