A group of people in Newcastle have halted the coal rail line leading into the world’s largest coal export port, saying they would not let trains enter or leave until coal industry leaders committed to winding back coal exports, as their contribution to urgent global efforts to address climate change.

One woman from the group, 54 year-old Annette Schneider, a farmer from Monaro, NSW, is attached to the tracks in front of the trains, and is refusing to move. Ms Schneider says she acting in support of farmers in the Hunter Valley and Maules Creek who are struggling against the expansion of the mining industry and people everywhere grappling with climate change.

The action comes just two days after the Commonwealth Government released a Discussion Paper on Australia’s contribution to the forthcoming climate change treaty negotiations in Paris, proposing that, “For the foreseeable future, Australia will continue to be a major supplier of crucial energy and raw materials to the rest of the world”

Frontline Action on Coal spokesperson, Alex Walker, said, “This year, there are no more excuses for Australia and its coal industry. We’ve got the advice from scientists that says 90% of Australian coal must remain in the ground if the world is to avoid global warming above two degrees.1

“There has been no action taken by the Australian coal industry, or the New South Wales or Australian Governments to address this problem – quite the reverse, the volume of coal we export jumped 11% last year.

“The government claims it will reduce our own greenhouse emissions by 5%. Well, the coal approved for mining out of the Warkworth coal mine, for example, would make carbon dioxide pollution equivalent to 5% of Australia’s domestic greenhouse pollution every year, and Rio Tinto want that mine to expand and continue for another 20 years from now.

“This perverse situation cannot continue any longer. We do not want to have to put ourselves in harm’s way to stop coal, but that is precisely what our coal export industy is doing to each and every one of us.

“Australia has to confront this problem this year. We cannot go on denying that the expansion of coal exports from New South Wales is against the interests of this country. We cannot allow one industry to drag everyone else down this path of dangerous climate change, and subject farmers, families and ordinary Australians to suffer the terrible consequences.

“We call on the coal companies operating in New South Wales to make amends and make change with the rest of us, and tackle climate change before it is too late.” 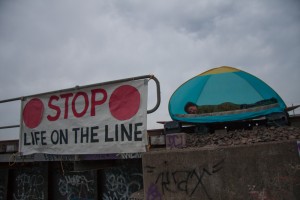 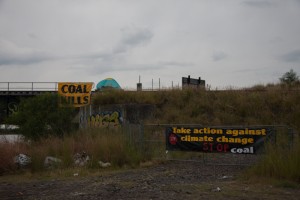 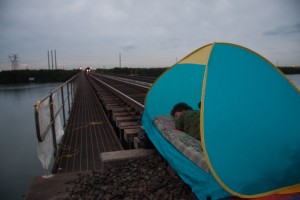 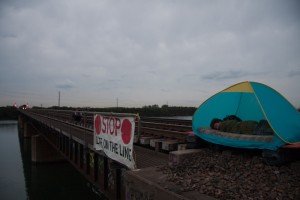 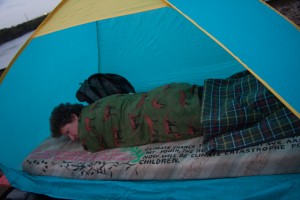 UPDATE: Police have arrived and are attempting to remove Annette from the tracks 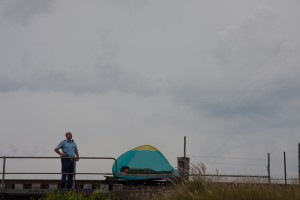 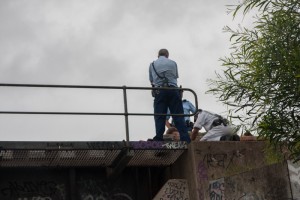 UPDATE: After over three hours blocking the rail line into the world’s largest coal port Annette has been taken into police custody. 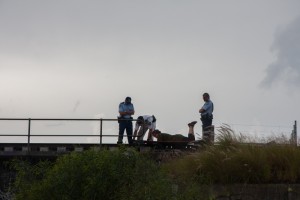 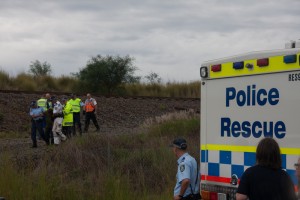 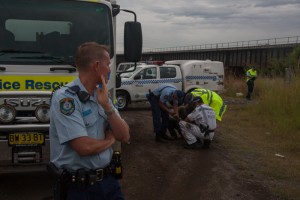 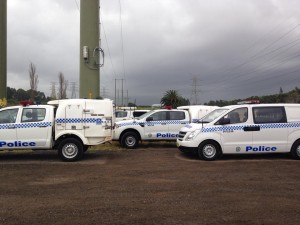 Further information, photos and updates from the protest: