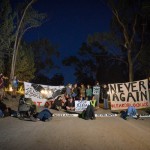 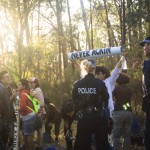 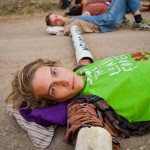 Mass protest continues in the Leard State Forest as the entrance to Whitehaven Coal’s Maules Creek mine was blocked for several hours. 5 people locked themselves together blocking the entrance to the mine stopping workers gaining access. Police and Police Rescue arrived on site to the peaceful protest and the 5 people blocking the road have been arrested. 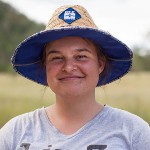 “The Government has not been taking action, companies are not held responsible for their environmental destruction, this is why I have felt the need to do something about this atrocious mine development. We literally cannot continue using natural resources at the rate we have been.” 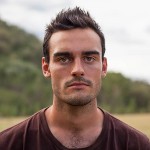 “I want to be able to look the next generation in the eyes and say ‘I did everything I could to stop the fossil fuel industry.”

Isaac was the 2013 Bob Brown Young Environmentalist of the Year 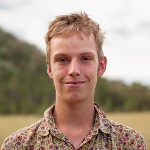 “It’s so vital that we take action now, there’s no time to lose to prevent irreversible climate damage. My generation needs to step up and see the importance of saying ‘no more!'” 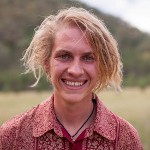 “I am here for my niece. I want her to grow up in a world still full of beautiful nature. I want the next generation to have something left for them.” 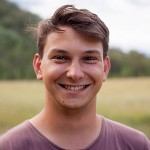 “The science has shown us that we cannot afford to keep mining and using resources the way we are after 2017. We can’t afford to build any new coal mines, this happens never again.” 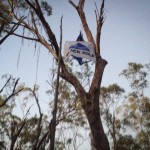 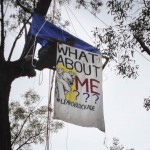 2 people have occupied sections of the forest with structures roping off areas to prevent clearing activity. Their tree sits are suspended high in the tree canopies. Christine Ng, 23, artist from Sydney and Daniel Lee, 22, environmental engineer from Melbourne, occupied an area of the forest marked to be cleared. Police have arrested both and have taken them to Narrabri. 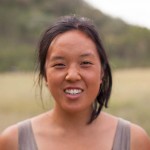 “The senseless destruction of forest and ecosystems, home to many endangered species makes me feel I need to take direct action against such injustices such as the clearing of the Leard State Forest. These animals have no voice so it is our responsibility to stand up for them.” 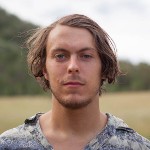 “ The standard pratices of open cut mining are inherently destructive and the rehabilitation of environments inadequate. The clearing of a forest with such a high number of endangered and threatened species simply adds to the list of environmental impacts. While the desecration of Gomeroi sacred sites demonstrates a complete disrespect of first nations people. The project blatantly portrays the lack of foresight entrenched with in our state and federal government.”

Bat Attack Continues as Premier Baird is put on notice

The protest comes as part of a 6-day mass convergence called Bat Attack, which has seen over 300 people from around Australia flock to the area to protest the clearing of critically endangered box-gum woodlands in the Leard State Forest.

With 6 weeks until the NSW state election, the protesters are calling on NSW Premier Baird, who recently opened the mine, to implement urgently required mining approval reforms, or face further protest throughout the election campaign.

Leard Forest Alliance spokesperson Ros Druce said, “The Maules Creek project should never have happened in the first place, and the thousands of people who have visited and support this campaign, will make sure it never will happen again. The people who have seen first-hand the destruction of this irreplaceable ecosystem are clearly saying ‘never again’.”

Whitehaven’s flagship project has been plagued with questions over dodgy forest offsets, misleading information and links to figures embroiled in ICAC anti-corruption hearings. The Leard Forest Alliance has been calling for a full inquiry into how the mine was approved by NSW and federal governments.

“The 396 species found in the Leard, 34 of which are endangered, have no voice of their own. People from around Australia are standing up for them; with farmers, and also the Gomeroi whose sacred sites are under threat. The problems around this mine mark it as the biggest farce in recent history – combined with the threat of climate change, you have to ask, why was this project approved and why doesn’t Baird act?” Ms Druce continued.

Multiple arrests have already occurred after protesters chained themselves to bulldozers on Sunday.

High Res Pictures for use from: mediafire.com/folder/9ov1nh41umtsl/External