From the 13th to the 18th of February, musicians, mischief makers and earth protectors from around the country converged on Maules Creek for a festival of resistance called Bat Attack. 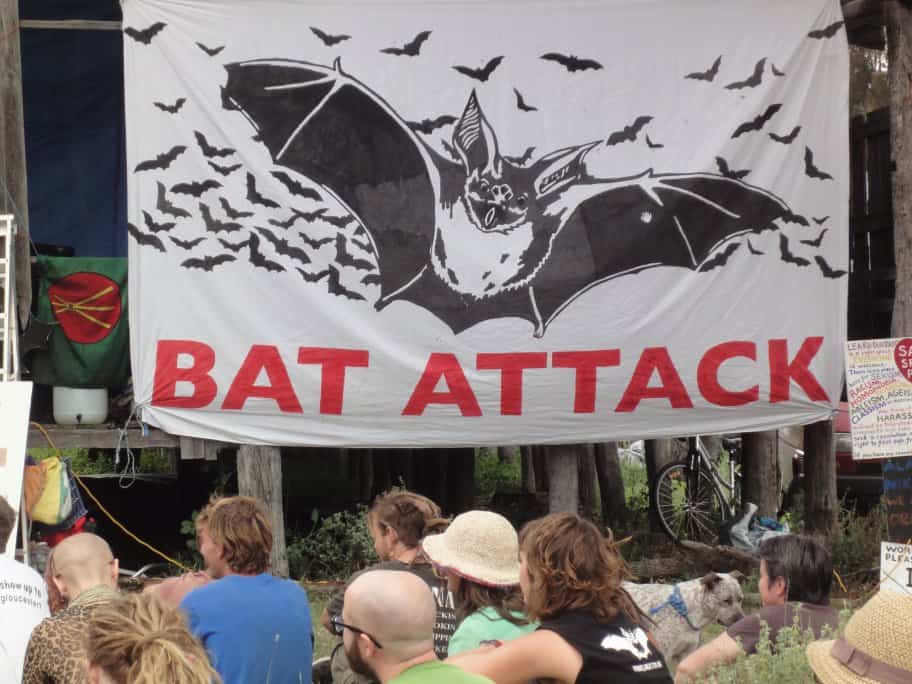 The musicians came from far and wide, and played amazing sets late into the night, but they weren’t the only feature of the festival, with direct action skillshares, planning for future resistance, and non-violent civil disobedience to disrupt Whitehaven Coal’s clearing of the Leard State Forest.

300 people marched down Leard Forest Rd on Sunday the 15th, which was the first day of Whitehaven’s forest clearing period. While they marked the death of a critically endangered ecosystem accompanied by the grim reaper, 12 people locked themselves to bulldozers inside the forest, stopping clearing for the day. There were also vigils in solidarity with Gomeroi traditional custodians, who have been refused entrance to their sacred and ceremonial sites for over a year and a half. We were there for support when the Gomeroi announced their intention to submit a stop-work order under the Aboriginal and Torres Strait Islander Heritage Protection Act in a last ditch attempt to save Lawlers Well, the last of their sacred sites within the mine lease that hasn’t already been destroyed. 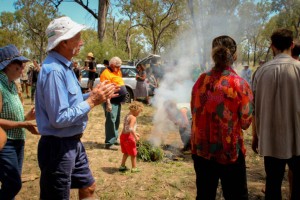 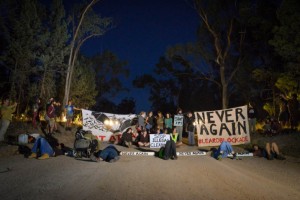 And on the final day of Bat Attack, clearing was disrupted again. This time 5 people locking themselves together across the entrance road and 2 people suspended from trees within the clearing area.

Back at the campsite, skills were being shared and plans hatched to spread the front line resistance to coal mining across the country, from mines in NSW and Queensland to coal terminals, rail lines, and capital cities where the destruction of our communities, ecosystems and climate is signed off.

And there was music. So much music. Every night for 6 days, bands and artists from across the country played in an old shearing shed that sat by an even older tall tree in the center of a wide valley. All styles from punk to klezmer, protest to instrumental, from the newest bands to 40 year veterans Coloured Stone; who closed out the festival with an epic three hour set on the Wednesday night which had everybody dancing. 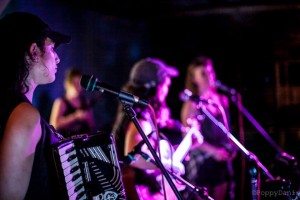 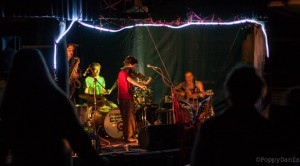 Bat Attack might have finished, but the resistance to the forest clearing went on. Since then, there have been regular actions protecting this endangered ecosystem. For over two and a half years at Maules Creek people have kept resisting the destruction of coal mining. The Bat Attack festival was a celebration of this defiance and a gathering of people committed to continuing it, both at Maules Creek and around Australia. And that’s really something to sing and dance about.

Thankyou to all the musicians who came and played, all the people involved behind the scenes (from setting up, to the kitchen, to Bat Attack radio), all the people who took inspiring direct action and to Steve, for hosting us on his beautiful green property. See you at the next one.