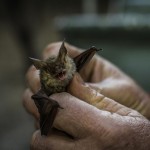 The Leard Forest Alliance has reacted angrily to revelations that the Department of Planning and Environment has changed a key management plan for the Maules Creek coal mine to allow clearing to occur in Leard State Forest over winter, when many native animals will be vulnerable to injury and death.

Previously, the Biodiversity Management Plan for the Maules Creek project prevented clearing to occur during the winter because many threatened and other native species go into a kind of hibernation that prevents them from being able to escape bulldozers. The condition is standard for mines in the area and was a key part of claims by the company, Whitehaven Coal, and the Government, that threatened wildlife would be able to leave Leard State Forest when clearing took place and move into offset areas.

A change made to the Biodiversity Management Plan on Friday last week means that this restriction will no longer apply to Maules Creek, and that clearing will be able to occur in June. It is not clear whether new Environment Minister, Rob Stokes, had any role in the decision, and the Leard Forest Alliance is calling on the Minister to intervene.

Leard Forest Alliance spokesperson, Helen War said, “This is just devastating. The wildlife of Leard State Forest is being sacrificed because a mining company can’t wait three months to do their clearing. It looks like there are no controls on the coal industry that they can’t negotiate their way out of if even this basic rule to prevent animal cruelty can be circumvented.

Ecologist Phil Spark said, “Clearing the forest in winter will result in the displacement, injury or death of over seventy species of hibernating reptiles and frogs, bats and small marsupials that are sheltering in the hollow trees and logs to be cleared.  Those few that do escape the dozers will be likely be taken by predators.

“Without winter protection the animals don’t stand a chance.”

Helen War said, “Where is the Environment Minister? Rob Stokes has to act to stop this massacre: tell Whitehaven Coal that this time they have to stick to the rules.”