**Images of the actions will be made available here**

(SYDNEY)– In the last days of the landmark climate change summit in Paris, and with another global heat record broken this year, activists have today simultaneously shut down operations at three coal ports on the East Coast. Protestors are demanding Australia commit to a moratorium on new coal mines as part of its efforts to prevent dangerous levels of global warming and climate change.

The actions at Brisbane, Newcastle and Port Kembla are an escalation of a global push for a moratorium on new coal mines, as the effects of climate change are felt by people around the country and around the world.

Australia has so far not responded to calls from Pacific leaders that no new coal mines can be built if the world is to avoid dangerous levels of global warming.

Vanessa Wiebford, a Newcastle resident and mother locked onto a conveyor at the Newcastle port as part of a peaceful protest said, “In the lead up to Paris, eminent Australians joined the leaders of Pacific Island nations in calling on Australia to answer the call for a global moratorium on new coal mines.[1]Australia has failed to respond to this call.”

“Because Newcastle is home to the world’s largest coal port, our community lives with the immediate threats of having coal at our doorstep,” said Wiebford. “The coal industry is responsible for leaving our residents choking on coal dust and diesel fumes every day while it exports global warming and health problems to the world,” added Wiebford.

Community members in Wollongong scaled two coal loaders and blocked truck access to the coal port at Port Kembla. Rada Germanos, who grew up in the Illawarra said, “We’re calling for a halt to new coal expansion, with a parallel effort to support job creation and re-skilling workers in sustainable industries.”

One resident is suspended from a tree blocking the coal train tracks leading to the port in Brisbane.

“We can’t afford to pay the price of out-of-control global warming and the unmanageable bushfires, flooding, health threats and drought damages that it will bring. We won’t be passive, and let the coal industry set Australia and the world the course of intolerable and catastrophic impacts,” said Kelly Purnell, a Brisbane resident.

“If Australian Governments will not intervene, we will intervene ourselves,” Purnell concluded.

Onsite in each location and available for Interviews: 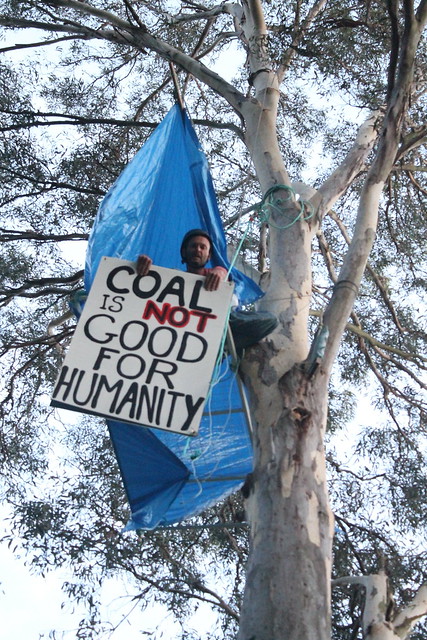 Why are we doing this?

•               Australia joined countries around the world in 2010 committing to keeping global warming to below 2 degrees Celsius.

•               Scientists have clearly told us that to have just a 50:50 chance of preventing this 2°C rise in global temperature to which we have committed, 95% of the coal in Australia’s region needs to stay in the ground, unburned.[2]

•               There are signs that change is here: China’s coal use has declined in real terms in the last two years; the United States has closed coal plants and its greenhouse emissions are falling; India is committed to rapid and widespread deployment of renewable energy.

•               Current and projected future use of coal is consistent with global warming of between 4-6 degrees centigrade. The resulting climactic change that would occur is coal use is not reduced would be nothing short of catastrophic

•               Humanity is creating around 52Gt (billions of tonnes) of greenhouse pollution annually and this number is still growing.

•             The Climate Commission has previously reported that: “In the last 50 years the number of record hot days in Australia has more than doubled. This has increased the risk of heatwaves and associated deaths, as well as extreme bush fire weather in South Eastern and South Western Australia.”[6]

•             In Australia, more than $226 billion in commercial, industrial, road, rail and residential assets around our coasts, where most Australians live, will potentially exposed to flooding and erosion hazards at a sea-level rise of just 1.1 m.

•             We are already experiencing worsening drought, extended bushfire seasons and more intense and longer heatwaves. Southern Australia has experienced a drying trend over the past few decades, characterised by a 10-20% reduction in cool-season rainfall. After 2020, predicted increase in drought frequency is estimated to cost $7.3 billion annually.[7]

•             If global temperatures reach 3°C above pre-industrial levels, an estimated 8.5% of species globally are at risk of extinction. A staggering one in six species could be lost if warming goes above 4°C[8]

[1] For a full list of signatories, see here: http://www.tai.org.au/content/61-prominent-australians-back-no-new-coal-mines 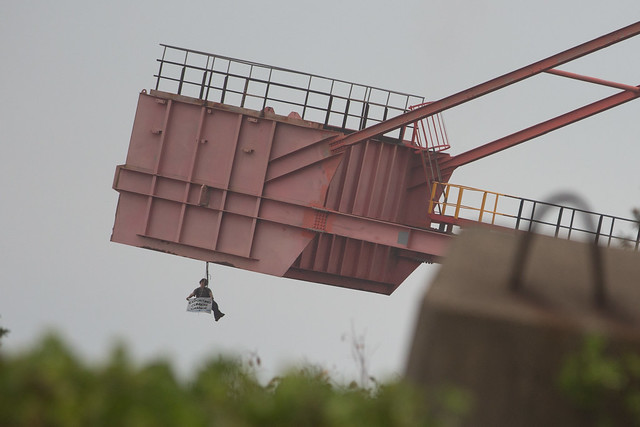