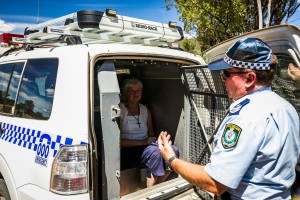 A Buddhist monk, a Catholic priest, Uniting Church ministers and other believers nevertheless joined their voices to the calls to stop expansion of mining in the area Faith leaders travelled to Maules Creek this week to support local protesters who are trying to stop a new mine. People who think religion should stay out of politics may be rattled by such a move, and certainly it should not be seen to bless anyone who breaks the law. Whitehaven’s plans to build the largest new coalmine in the country are fiercely opposed by residents in the Maules Creek area. They cite the potentially devastating impacts on their health, water, air quality, agriculture and biodiversity. It is no great leap of the imagination to see why religious people are taking a stand. — Thea Ormerod, President of Australian Religious Response to Climate Change, writing in the Sydney Morning Herald. Read full story here. Thea was arrested earlier, alongside two others, while taking peaceful direct action at the Maules Creek coal mine construction site. Photos of faith leaders from the Australian Religious Response to Climate Change joining blockade against Whitehaven’s Maules Creek coal mine at Leard State Forest by Tom Jefferson. 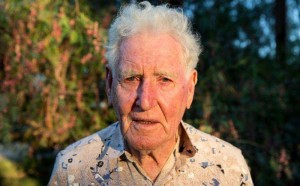 BILL Ryan fought at Kokoda to protect Australia from the Japanese in  World War II. Now, more than 70 years later, he is fighting another battle that he maintains is every bit as important.

Protest stops work at Boggabri coal mine: activists dressed as bats scale coal loader and unfurl banner reading ‘Save the Leard’ Bats are among the endangered and vulnerable species that are currently under threat from the expansion of Idemitsu’s Boggabri open-cut coal mine. 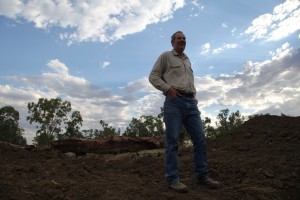 Phil Laird, fifth generation Maules Creek farmer. Out here at Maules Creek, we face a make-or-break fight to defend the core things we value: our forest, land, water and air, our community, and our ability to farm the land. Having exhausted all official avenues, we are rising up as a community this Australia Day weekend and putting ourselves on the line to blockade the mine site. — Phil Laird, fifth generation Maules Creek farmer. Read more in The Guardian. 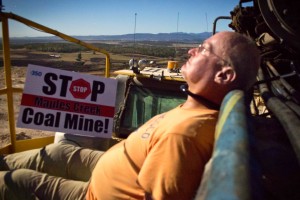 A 62 year old geo-physicist has locked himself to a drill rig in Whitehaven Coal’s Maules Creek mining project in the another day of disruption at the site. Glen Torr, from Canberra, is calling upon Greg Hunt to revoke approval and suspend all construction work pending the outcome of an ongoing criminal investigation regarding the company’s questionable offsets. “My background means I understand the impacts of climate change. I am worried that my grand niece and nephews will suffer the full effects because of our current short-sightedness. “This unique habitat needs to be treasured. When you see the sulphur-crested cockatoos, the beauty of the landscape, you wonder how Whitehaven could want to turn this irreplaceable habitat into a barren wasteland.” 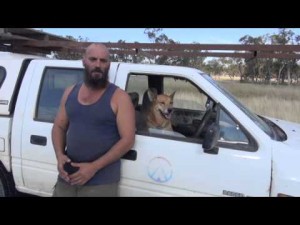 Muz, who set up Maules Creek Protectors’ Camp over 500 days ago, 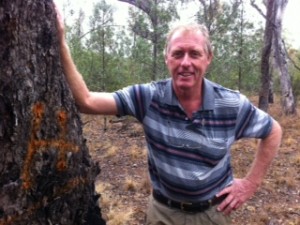 Phil Spark is one of those old school ecologists who is actually in love with nature. Even the most aesthetically challenged critters have a special place in Phil’s heart. For four years, Phil has been counting bats, collecting koala scats and tip toeing gently across every corner of Leard State Forest in an effort to assess just how many precious plants and animals call it home. It was this connection to the forest that moved Phil and the Northern Inland Council for the Environment (NICE) to mount a legal challenge against a proposal that would see 1,500 hectares of it destroyed forever. Today is not a good day for Phil or for his furry friends. The Federal Court has decided in favour of Whitehaven Coal and its plans to go ahead with the largest coal mine currently under construction in Australia. Smack bang in the heart of Leard State Forest. Standing outside the court room, Phil Spark said: “This disappointing decision today will trigger even greater community opposition to the Maules Creek coal mine, and we expect to see more and more people visiting the forest to take direct action against such an environmentally disastrous mining project. “The Maules Creek … Read Full Story..