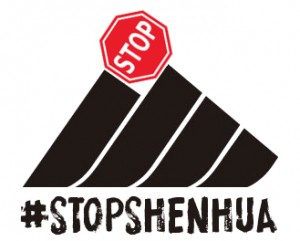 Shenhua Watermark is planning to construct an open cut mine to extract 10 million tonnes of coal a year from the slopes adjoining the Liverpool Plains, an area known for its fertile and highly valuable black agricultural soils.

Shenhua Watermark is a subsidiary of Shenhua Group, the largest coal supplier in the world. It has reportedly spent more than $700 million over eight years to try and get the project approved. It has paid about $300 million to the state government for an exploration licence, and about $203 million to buy 37 farms and about 15,000 hectares of land.

Book to visit Camp Breeza to connect with country and community. (Some content has been adapted from the Caroona Coal Action Group)